Listening to your favourite country artist on a CD is one thing, especially if you crack the stereo at full volume and crank up the treble. But there is nothing better than seeing that same favourite artist, performing live. 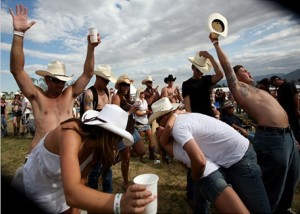 Canada may be home to quite a few wonderful attributes, but nothing as wonderful as the Craven Country Jamboree – known as the best country music festival in the world. For over 30 years, people from all over the world have gathered together to celebrate the world’s most popular country singers. Attractions include a songwriters circle, a hilarious hypnotist, bull riding events and the wildest pre-show party on the Saturday evening. The next festival is to be held on July 4th to July 12th 2015, and tickets are around $179’s per person. Visit their website at www.cravencountryjamboree.com

On the 24th of June, Milwaukee comes alive as people from far and near gather to jam to some of the worlds most talented music artists. This year one can expect to see a variety of gigs from Keith Urban to Linken Park. This event is not necessarily strictly country, but instead appeals to an eclectic taste. One of the greater events on the itinerary is the place where regular artists that have not made the big times, are given a chance to play. Send your applications to Reverbnation before 22 June 2015. 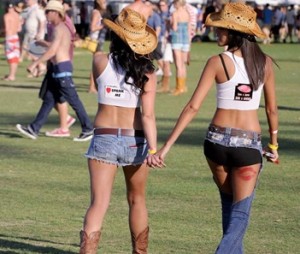 Since 1972, the Australian Tamworth Country Music Festival has been the delight of all country music lovers’ hearts. Held in the first week of January every year, the next one is the 15th of January to the 24 January 2016. It includes a focus on celebrating the country culture and heritage of Australia, as well as live performances by top Australian country artists. Rated as number 8 in the Forbes list of the World’s Coolest Festivals, the Tamworth Country Music Festival is not one to be missed. Expect to see people not only from Tamworth and surrounding Australia, but from around the world. Accommodation can be booked up almost a year in advance, so put this one on the calendar and get hold of them at www.tcmf.com.au.

In the heart and home of country music itself, you will find the penultimate country music festival. From June 15th to June 120th 2015, you need to be in Nashville, Tennessee. Everyone comes out of the woodworks for this festival, which includes unique items such as meet-n-greets with artists, as well as autograph signings and other meeting opportunities. Three stages will have artists performing live, whilst the area around you is abuzz and ablaze with shopping opportunities and prizes to be won. Tickets start at just $10’s, but to see it all you need to purchase a 4 day ticket. Find al the information you need at  www.cmafest.com.

Across the globe, from America to Australia, there is an opportunity for everyone to see their favourite artists performing. And if the bucks are low, start saving as there is always always next year.