Marty Robbins was a country star who was propelled to super-stardom in both the country and the pop charts by what must rate as one of Nashville’s most significant productions.

El Paso however very nearly never got made.

Robbins had scored four number one country hits before he started to pressure his label, Columbia, to record an album of gunfighter ballads.

Columbia weren’t keen: they wanted him to stay as a country and pop singer. But when in 1959 Marty recorded The Hanging Tree, a western ballad that was used on the soundtrack of a film of the same name, and it went as a single to number 15 on the country charts, they changed their mind. 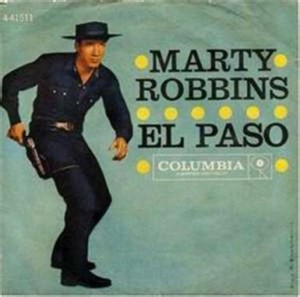 Robbins for several years had been making the commute between Nashville and his home in Phoenix, a route that took him through El Paso.

Liking the sound of the name, he thought it would make a good song title. It remained just a thought for a couple of years until, in 1958, with his wife Marizona at the wheel of their turquoise Cadillac and Marty in the back seat with his guitar, the inspiration came to him and he could barely write the words down fast enough.

Back in Studio 2 at Bradley Studios in Nashville on April 7, 1959, producer Don Law found himself confronting a 14-verse epic.

When it was recorded, the track ran for 4 minutes and 38 seconds: too long, Columbia thought, for a single, as the DJs wouldn’t play it.

Somehow they managed to edit the track down to 2.58, but Marty persuaded them to put the full-length track on the B-side.

In the event, most DJs chose to play the full version. El Paso was the first number one single of the 1960s, and it ushered in the era of longer recordings. 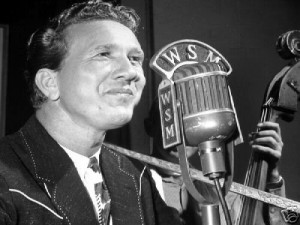