Just a few weeks ago the Country Music Hall of Fame and Museum opened an exhibit commemorating The Big O and the 50th anniversary of Oh, Pretty Woman.

Along with Orbison’s prescription glasses and other memorabilia, the exhibit includes a 1961 Gibson 335 guitar, owned by studio musician Jerry Kennedy and played on the record.

Roy had started out with Sam Phillips at Sun Records in Memphis, enjoying a national hit in 1956 with Ooby Dooby. Nothing much happened chart-wise for him after that so he concentrated on song writing. 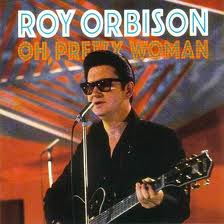 In 1959 Roy moved to Nashville where he signed up with RCA Nashville, recording at what is now the famed RCA Studio B. The studio was new, having been built only a year or so previously.

Roy’s tracks for RCA didn’t go far, and a year later he signed with Monument Records, still recording at RCA.

Under studio engineer Bill Porter, Roy experimented with close miking and the use of strings. On the breakthrough hit, Only The Lonely, they built the mix from the top down rather than from the bottom up. The close-miked background voices and Roy’s voice came first, with the rhythm section way down in the mix.

The record of course was a smash, and the sound became closely identified with Roy Orbison, and with Nashville.

From then on there was a run of hits, with Roy’s style changing from the doo-wop sound to a rocking, operatic sound. By the time that Oh, Pretty Woman came along, it was different again.

The track has one of the best-known riffs in popular music. There were three guitarists present that day, namely Wayne Moss, Jerry Kennedy and Billy Sanford, along with Roy himself, who played his 1962 Epiphone Bard acoustic 12-string into a microphone.

The guitar sound is curious, in that it evokes the image of a woman disappearing into the distance.

Today, RCA Studio B is also under the Country Music Hall of Fame, which operates regular tours of the facilities. 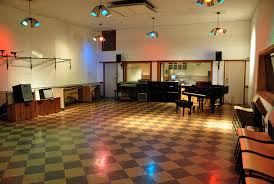