On Earl Scruggs’s 80th birthday, in 2004, he was described by country star Porter Wagoner as the best player of the five-string banjo there ever was. “And the best there ever will be,” Wagoner added.

The banjo of course is one of the formative instruments in country music, and is especially identified with bluegrass.

Scruggs became most associated with a three-finger style of fingerpicking that has become known as Scruggs Style.

This is played with picks on the thumb, index and middle fingers. The ring finger and the pinkie are braced against the head of the instrument. 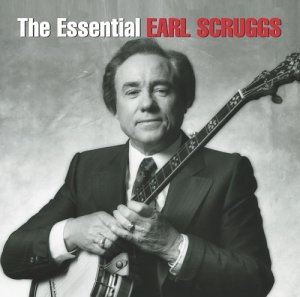 The strings are picked rapidly in repetitive rolls usually containing a series of staccato notes, and the sound is fast and lively.

When Scruggs joined Bill Monroe and the Blue Grass Boys late in 1945 he caused something of a sensation, and other players were soon copying the banjo licks he employed.

Another player in Monroe’s line-up was a guitarist and mandolin player named Lester Flatt, and in 1948 Flatt and Scruggs went out on their own and formed the Foggy Mountain Boys.

The result was some of the most popular and distinctive bluegrass music ever made.

This was helped when Flatt and Scruggs recorded the theme music for The Beverly Hillbillies, a hit TV series that began in 1962.

Jerry Scoggins sang on the TV soundtrack, but when the theme was released as a single, Flatt, an accomplished vocalist, sang the lead vocal instead.

Earl Scruggs didn’t exactly invent Scruggs Style, and in fact he cites Snuffy Jenkins, an early proponent of three-finger banjo picking, as being an important influence.

But as a charismatic and virtuoso player who came along at the right time, the three-finger style will forever be associated with Scruggs, who lived a further eight years after his 80th birthday.

His funeral was held at the Ryman Auditorium, former home of the Grand Ole Opry, and he is buried at Spring Hill Cemetery in Nashville. 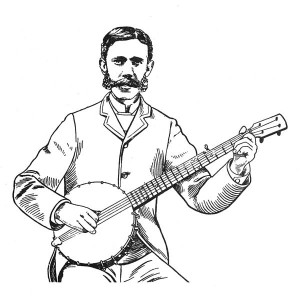