Historians of music like to debate on which was the first record that heralded the Nashville Sound.

Some hold out for Jim Reeves’ Four Walls, recorded in February 1957. Chet Atkins, who was certainly in a position to know, backed his own production of Don Gibson’s Oh Lonesome Me, which was recorded later the same year.

There is however considerable support for a slightly earlier recording, Ferlin Husky’sGone, which was recorded in November 1956.

This wasn’t the first time Husky had recorded Gone.

Using the stage name Terry Preston, in the belief that his own name was non-commercial, he had a number of country-style hits at the beginning of the 1950s. 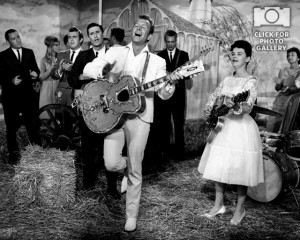 He first recorded Gone, written by Smokey Rogers, in 1952. With a plaintive, melodic vocal and a subdued pedal steel guitar accompaniment by Speedy West, it had an undeniable country feel, but the record bombed.

Shortly after, at the urging of LA-based Capitol producer Ken Nelson, Husky reverted to his real name and they felt it might be time to revisit Gone, but this time Husky wanted to give it more of a pop presentation.

The recording took place in Nashville, at Owen Bradley’s studio.

Nelson, according to a later account by Husky, took fright at the number of people who were crowding into the studio.  Along with a large number of musicians, including Grady Martin on vibraphone, there were the Jordanaires and the soprano Millie Kirkham.

With each musician and singer on union rates, Nelson was seeing the dollar signs flickering up alarmingly quickly.

Husky used a more forceful approach with the vocal this time, and a primitive echo chamber effect was added.

The result was a love song that was also perfect for slow dancing, and Gone hit the top of the country charts early in 1957, crossing over to the pop charts where it reached number four.

This kind of success was what Nashville was waiting for, and Gone certainly has a credible claim to have started the Sound. 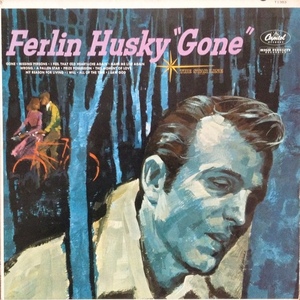