The world could not have known what was about to hit them, until 1969 rolled around with Woodstock and all its glorious musical heroes. And out of the naked bodies, shared love and a whole lot of other shared intimacies – rose David Crosby, Stephen Stills and Graham Nash. 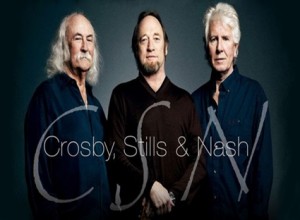 Before becoming the famous CSN (and sometimes Young when joined by Neil Young), each member had a role in another famous band.

Each member had left their previous bands for a variety of reasons including frustration and a difference of opinion, but at a party in 1968 at Joni Mitchell’s house – they suddenly became the vocal legends they are today. A simple song, harmonized in 3 parts, made the three founding members of CSN shiver with anticipation – their voices simply worked together with a chemistry that they had not previously experienced. 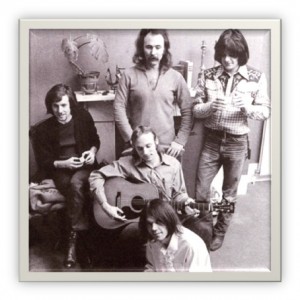 The first record company, however, did not feel the same chemical explosion, and decided not to sign the band. It was at that point that they decided to call themselves Crosby, Stills and Nash, thereby giving themselves an irreplaceable spot in a band that they knew would make the big times.

Signed eventually by Atlantic Records, they released their first album in 1969 and reached two Top 40 Hits. Neil Young soon came in as a part time keyboardist, who maintained his place in his band Crazy Horse.

By the time this fresh faced group got to Woodstock later in 1969, they had only played live once – the day before. Nervously stepping out on to the stage, they fondly refer to themselves as being “scared shitless.” They however, won a few hearts and grew a fan base that was eager for their 1970 album release.

The relationships of the band members however, had always been tumultuous and this lead to a stint where they no longer were together as a band. Each one embarked on a solo career, and each had a top 15 entry on the Billboard 200. Continuing into 1972, the individual members were faring well – but 1973 was not a pretty year for any of them, and led to a meeting at Neil Young’s house where they decided to record a new album. It was the unsolved issues between them that caused them to fall apart again by 1974. It was the likes of their original agent from Atlantic (Elliot Roberts), that saw the commercial potential of this band, and in his hands he molded the CSN&Y that has become a favourite in many folk rock homes. In 2014, CSN&Y celebrated their 40 year touring anniversary.

How to make a Demo? How to submit a demo to a record company?
Scroll to top