The rebirth of the uke

Stay around long enough, and as the saying goes, what was once fashionable, and then unfashionable, becomes fashionable once more.

This is certainly the case with the ukulele. This humble member of the lute family came out of Hawaii, having mutated from the Portuguese machete, a four-stringed instrument that originated in Madeira and was taken to the Hawaiian Islands by Portuguese immigrants who landed there in 1879.

The ukulele became big in the US in 1915, after it had been demonstrated on the Hawaiian Pavilion at the Panama Pacific International Expo in San Francisco.

The instrument was taken up by vaudeville performers and then by jazz players, before making inroads into country music with performers such as Jimmie Rodgers and Cowan Powers. 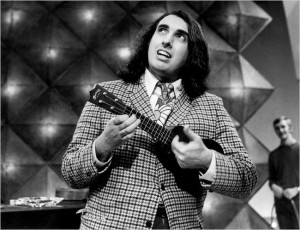 After that the uke declined in popularity, its four strings and small body seeming rather feeble compared to the guitar sounds of rock ‘n’ roll and country music.

Further, although a good ukulele should be as well crafted as a guitar, there had been an influx of cheap models including a good many made of plastic, and the instrument suffered from an image problem.

Nervous Norvus, aka Jimmy Drake, who wrote and performed the 1956 smash Transfusion, famously played a king-sized uke, properly known as a baritone ukulele, but as Drake was a recluse who never made personal appearances, the only exposure the instrument ever had through him was on record sleeves and trade ads.

Apart from Tiny Tim, the ukulele was practically missing in action for the next 30 years.

During the 1990s the instrument made its comeback.

One of the prime movers has been the Ukulele Orchestra of Great Britain. Here in Nashville we have the Nashville Ukulele Society, and a great number of ukulele events.

Sales of ukes are skyrocketing, and manufacturers have been falling over themselves to introduce new models. This is a good time to become a uke player, and the music shops around town naturally have just about anything you could desire. There are four main sizes: soprano, concert, tenor and baritone. Soprano, being the smallest, is probably the easiest for beginners.