The licks of country guitar

Modern country guitar, Nashville style, has its origins in blues, bluegrass, rock ‘n’ roll, jazz, and way back, the courtly plucking of the lute in Medieval England and Europe.

The characteristic is a picking style used with plectrum, fingers or both; and the use of open tuning to achieve licks that have a distinctive twangy tone, using string bends and finger slides to get to a lonesome cowboy sound that isn’t heard in other city recording studios. 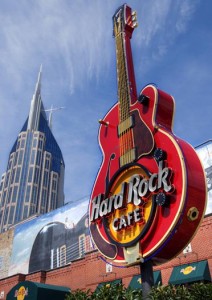 The traditional country players used a semi-hollow body guitar equipped with humbuckers, an electric pickup that uses two coils to cancel out the interference (“buck the hum”) picked up by coil pickups.

This produces a clean sound that is further enhanced by the close-up recording techniques in most Nashville studios, where placing of the microphone close in gives presence and brightness, and where the “live” feel is an important part of the mix.

Country guitarists will often be following the signature licks of a fiddle or a banjo, or the drawn-out sounds of a steel guitar.

There is too an underlying jazz approach, notably in the solos, in which the licks melodically translate the underlying chord changes using arpeggio-based picking that goes back to the days of English, Irish and Scottish folk music.

Technically, the country guitar player’s building blocks are the major and minor pentatonic scales, the major scale and the Mixolydian mode, major and minor chords and their corresponding arpeggios, and dominant sevenths and ninths.

These days, most country pickers will turn up at the studios with a solid-body electric guitar equipped with single-coil pickups and light-gauge strings.

Classic tube amps are favored because they give the honest, authentic sound of American music, and when recording, even if the amps are housed in booths, it is usual that the doors are left open enough to get a little bleed that adds to the live sound of the music being played. 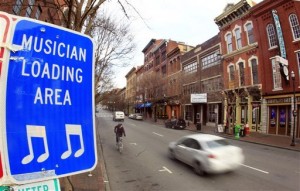