It was being used in Nashville in the early 1960s and might well have stayed there were it not for Keith Richards of the Rolling Stones, who found himself in 1964 in San Antonio in Texas, listening to George Jones’s band.

Intrigued by the sound that Jones’s guitar player was getting from his instrument, Keith struck up a conversation. 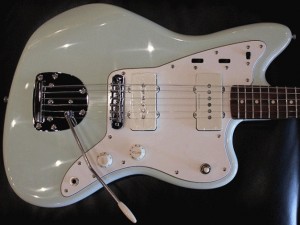 To achieve the sound, the guitar player had removed the existing strings from his guitar and restrung it using the octave strings from a 12-string guitar set.

In other words no bass strings were being used, and as a result there was a bright treble sound that could never have been achieved by cranking up bass strings because they would have broken!

Intrigued, Richards began experimenting and a few years later used the technique on Jumpin’ Jack Flash, where it can be clearly heard on the intro.

Nashville tuning subsequently crossed over into rock and pop, and can be found on tracks as diverse as Hey You, by Pink Floyd; and Dust in the Wind, by Kansas.

The Stones returned to the technique a few years later on Wild Horses, with Mick Taylor playing a six-string Nashville tuned guitar and Richards playing a 12-string.

Buying a 12-string set of strings for a six-string guitar used to mean throwing away six strings, but today high-strung sets can be purchased, although they are unusual and sometimes hard to find.

Use the technique to transform your sound, and experiment with a capo to create a mandolin effect. If you can dub this guitar over another guitar track, the effects really can be dramatic. 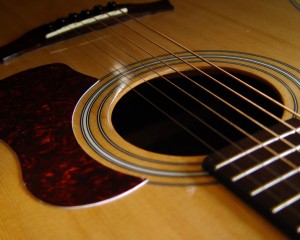