How to get the tic-tac bass sound?

During the late 1950s a very distinctive bass sound began to emerge on Nashville recordings. Players had begun to use a six-string bass guitar to double the acoustic bass lines, and the technique produced a distinctive click that became known as tic-tac bass.

This sound can be heard clearly on Patsy Cline’s Walkin’ After Midnight, Elvis’s Little Sister, and Working for the Man, by Roy Orbison. 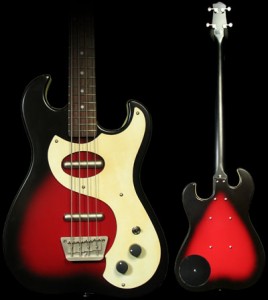 Tic-tac became wildly popular in the 60s, and crossed over into surf music and other popular genres, but it has remained one of the classic Nashville sounds and is a staple of Nashville sessions.

Nowadays of course there is a large choice and it is possible to approximate the sound on other bass guitars.

But for preference you still need the six-string baritone, because this style of guitar has a longer scale length so that it can be tuned to a lower pitch.

The baritone is tuned a fourth lower than a standard guitar. The open strings are B-E-A-D-F#-B.

Other tuning s can be used too, with some players going a tone-and-a-half below standard with C#-F#-B-E-G#-C#, but this can be demanding and frightens the life out of novice players!

Hold the guitar comfortably, because the low notes can rumble around your chest if you hold it too high. But with the guitar plugged into the amp, you will see just what a great tonal palette the baritone bass has.

Those early Nashville bass players hit on a sound that was all their own, ushering in the era of the electric baritone bass, an instrument that initially was thought would have only a limited appeal.  Nowadays, every studio needs one. 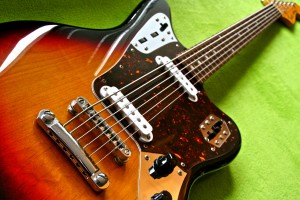