Harmonicas and the real McCoy

Roy Orbison really hit it big with Crying, reaching number two on the national charts, but on the flip side was a song that was in sharp contrast to the Big O’s bolero style, a bluesy track that also made it up the charts, eventually hitting number 25.

What really set Candy Man apart was its wailing harmonica sound, novel at that time in the pop charts, for it was slightly before Bruce Channel’s Hey Baby, and the prolific use of the harmonica by the Beatles, Rolling Stones, and other British beat groups. 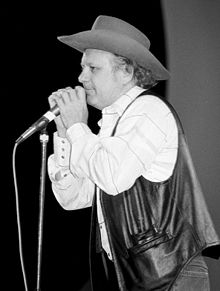 The harmonica has its origins in the free reed instruments of East Asia. The instrument as we know it first appeared in Vienna in the 1820s, from where it made its way to Germany.

Matthias Hohner, a clockmaker in Trossingen was the first person to mass-produce the harmonica, in the 1850s, and he started shipping them to the German communities in the United States.

The easy portability of what was often called the mouth organ led to its popularity amongst soldiers during the Civil War, and pioneers on the western frontier.

During the first half of the 20th century, the harmonica migrated into the African American communities, and thereby into blues music.

Charlie, who had been born in West Virginia and raised in Miami, was a guitarist, drummer, trumpet player and singer, in addition to being a harmonica player.

He had arrived in Nashville in 1960, at the age of 18, and set about looking for work as a session musician, initially taking anything he could find in a music scene that was only just coming together.

Chet Atkins heard one of his demo tapes and in the middle of 1961 hired him to play harmonica on an Ann-Margaret song, I Just Don’t Understand.

Fred Foster of Monument Records liked the way the bluesy sound contrasted with her voice, and hired Charlie for Candy Man.

After that, the harmonica formed part of the soundtrack of the Sixties and the Seventies.

As for Charlie McCoy, he’s still going strong and a few years ago was inducted into the Country Music Hall of Fame. 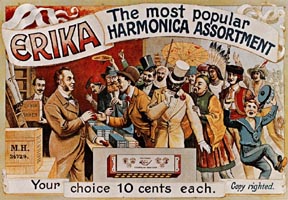